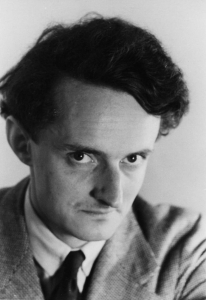 Gottfried von Einem holds a special place among Austrian composers of the 20th Century. He did not share the fate of so many of his colleagues, namely to be known only to a small group of contemporary music cognoscenti or to compose purely on paper, never receiving performances of his works. His name was known all over the world, and his career as a composer proved to be a series of unequalled national and international successes.

Einem never allowed himself to be identified with a particular “direction” or “school” of 20th Century music. It was always his aim to write “his” music, whether it be found too modern by certain circles of the public or too conservative by his colleagues and critics. The opera “Dantons Tod [Danton’s Death],” premiered during the Salzburg Festival in 1947 to great acclaim, marked composer’s international breakthrough.

Further operatic successes followed, notably “Der Besuch der alten Dame [The Old Lady’s Visit]” based on a work by Dürrenmatt. At times, conflict arose with some sections of the public, as in 1980 with the misunderstood mystery opera “Jesu Hochzeit [Jesus’ Wedding].”

In such instances, Einem did not back down but instead argued his point of view with admirable self-confidence. Einem occupied a prestigious position within the cultural life of Austria, not only as a composer, but also as a music pedagogue and a representative for other Austrian composers. His voice carried great weight.